RUMSON, N.J. - Kate Granahan of Upper Montclair Country Club followed yesterday’s 3-under par 69 with a 6-over par 78 for a 3-over par, 36-hole total of 147 to capture the 8th New Jersey State Golf Association Women’s Mid-Amateur Championship Wednesday at Rumson Country Club. Granahan played her final 10 holes at 3-over to hold off 2020 NJSGA Women’s Player of the Year Samantha Perrotta, who shot 6-over par (75-75-150) to finish in second place.

“It feels really good,” Granahan said. “Today’s round was a little harder. Pin locations were harder, mentally it’s more difficult on the last day of the tournament, but I got the job done.”

This was Granahan’s first ever NJSGA championship, and her first competitive event in about three years. She made four birdies in her final five holes of Tuesday’s opening round, and that stretch proved to be the difference in the championship.

“When you’re in that situation, you don’t really know what’s going on. You just know the ball is going toward the hole.” Granahan reflected. “Maybe I got a little lucky, and maybe I’ve been practicing a lot.”

Sixteen players qualified over 36 holes for the single-elimination, match play portion of the 96th NJSGA Women’s Amateur Championship, which ran concurrently with the now-completed Mid-Amateur Championship. Match play begins Thursday morning, and the quest for a title will require four consecutive victories over a two-day stretch.

Medalist Ami Gianchandani finished the stroke play qualifying at 6-under par to earn the top seed in match play. Gianchandani, of Watchung Valley Golf Club, made just one bogey against four birdies during the second round and has made just three bogeys all week. 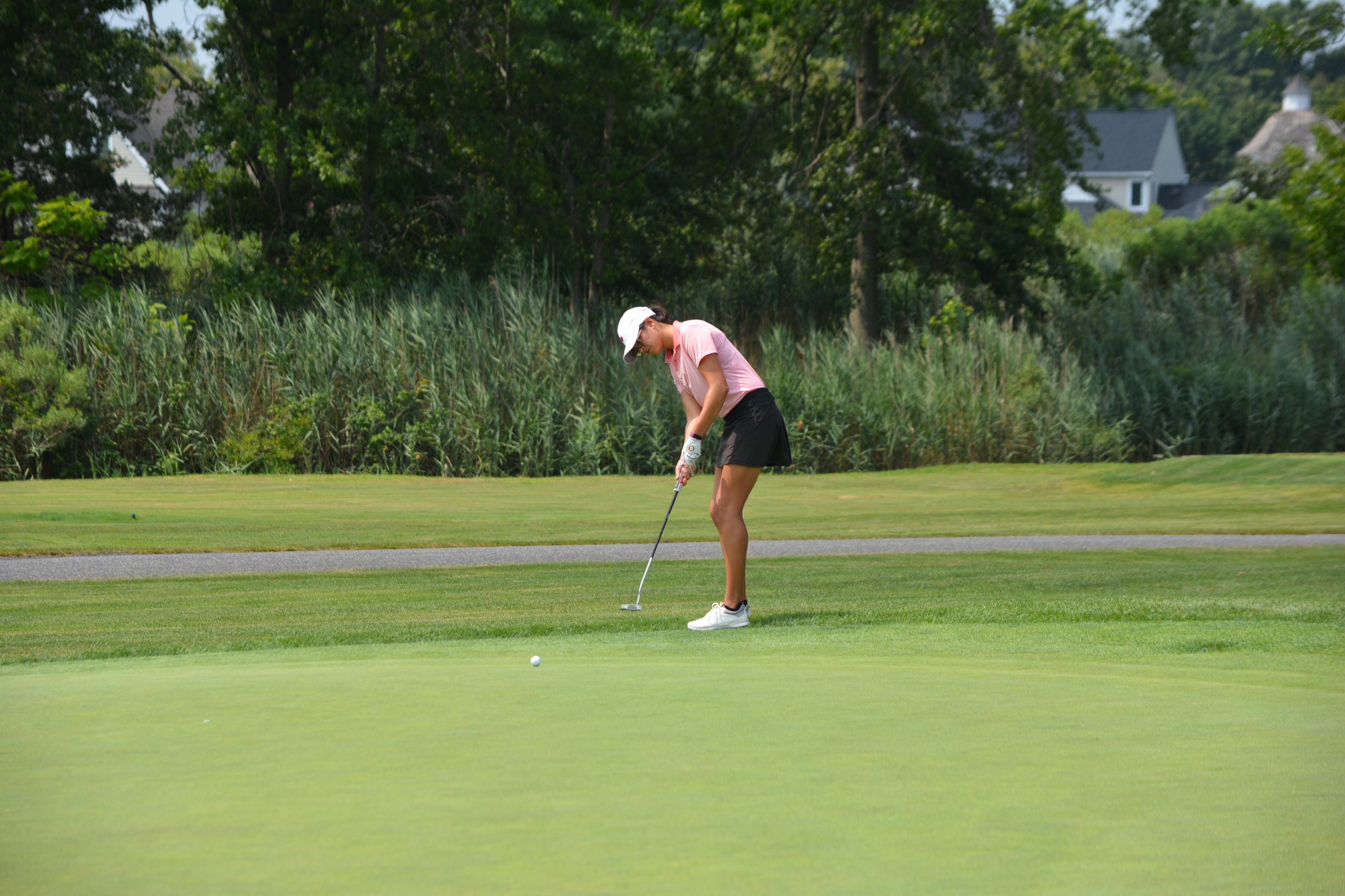 “It’s going to be mostly the same mentality,” Gianchandani said. “There’s a few really good risk-reward holes out there, so depending on the situation, maybe I’ll go for it, maybe not because match play is different, but overall I'll have almost the same strategy going forward. I’m going to keep trying to make pars, and if I make birdies, I’ll take it.”

Emma Shen earned the second seed in the match play bracket by shooting 3-under par over the 36 holes. Later, Anna Bowman earned the 16th and final seed in a playoff by outlasting Nicole Ewing of Rutgers Golf Course when she made a par on the par-4, eleventh hole.

The 96th NJSGA Women’s Amateur will resume with eight matches in the Round of 16 Thursday morning at Rumson. Coverage will be available at NJSGA.org, where live scoring, news, and recaps will be featured throughout the week. Fans and players can also follow the organization on its social media outlets at Facebook.com/njsga1900, @NJSGA1900 on Twitter and @njsga1900 on Instagram.