On Thursday, April 30, New Jersey’s rich golf history will be celebrated as five local legends are honored for their achievements with induction to the New Jersey State Golf Association Hall of Fame Class of 2020. The ceremony and reception will take place at Galloping Hill Golf Course in Kenilworth, home of the NJSGA’s headquarters.

The Class of 2020 boasts some of the Garden State’s most accomplished players, as well as Leighton Calkins, credited with developing an early iteration of golf’s handicap system.

“The individuals elected to the NJSGA Hall of Fame this year, like those in the first two classes, have had an enormous impact on the game of golf in New Jersey,” explained NJSGA president Eric Houseknecht. We look forward to recognizing their accomplishments and contributions.”

Established in 2018, the NJSGA Hall of Fame exists to recognize and enshrine men and women who, as New Jersey natives or residents at their time of achievement, have impacted New Jersey golf and/or have made extraordinary contributions to the game. Its mission is to honor New Jersey's finest amateur and professional golf competitors, as well as those who have made outstanding contributions in other areas of golf such as architects, journalists, superintendents, mentors, volunteers and others.

The first handicap system in the United States dates back more than a century, and it was Leighton Calkins of Plainfield Country Club who created it. 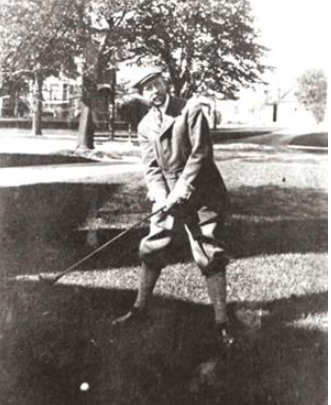 In 1904, Calkins — who later served as the mayor of Plainfield from 1915 through 1920 — unveiled a new handicapping concept, which adapted the British system of averaging the three best scores, in a work titled “A System for Club Handicapping.” Before taking the system to the USGA, Calkins tested his ideas, first at Plainfield Country Club and then on larger platforms with the NJSGA and the Metropolitan Golf Association.

At a meeting on October 11, 1911, at the Baltusrol Golf Club in Springfield, the USGA adopted a modified form of Calkins’ system, which essentially became the first USGA Handicap System.

Several of Calkins’ visionary concepts survive to this day. He was adamant in insisting that each club “have a Handicap Committee which is willing to work.” Calkins also introduced the concept of a par rating, which later became known as the USGA Course Rating, the baseline from which all players would receive strokes.

Calkins served as a member of the USGA Executive Committee, chairman of the Handicap Committee for both the NJSGA and MGA, and served a two-year term as president of the NJSGA in 1907-08.

Playing out of Branch Brook Golf Course (now Hendricks Field) in Belleville, as well as Jumping Brook, Crestmont, and Forsgate, Cestone was one of the most successful amateurs in state history. In 1960, when he won the U.S. Senior Amateur, he became only the second New Jersey-born player to win a USGA championship (the 1933 U.S. Amateur Champion, George Dunlap, was the first). To this day, he remains one of few native-New Jerseyans to win a USGA title.

A postman by trade, it was typical for him to play five rounds of golf every weekend, not to mention 18 holes at Branch Brook each weekday when he was finished with his mail route.

Longtime New Jersey resident Sherry Herman is one of the most prolific golfers in the history of New Jersey. She is one of the few from the Garden State to win a USGA championship, having claimed victory at age 51 in the 2009 U.S. Senior Women’s Amateur at The Homestead’s Cascades Course in Virginia. 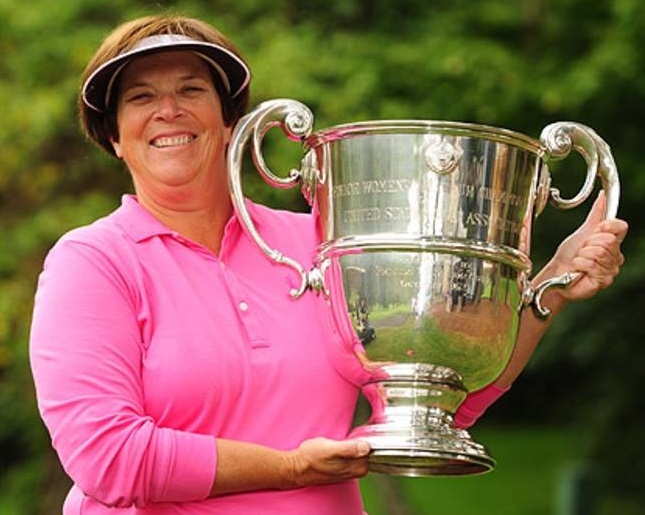 NJSGA history to win as many women’s titles in succession. She also won the 2008 NJSGA Women’s Senior Championship, as well as two NJSGA Four-Ball Championships (with Helen Bernstein in 2014 and 2016).

Herman’s other achievements include representing the USA in the 1993 Maccabi games, where she participated on the Gold medal winning squad and won the individual silver medal. She also won the prestigious 2009 North & South Senior Women’s Amateur Championship, and is a four-time Women’s Metropolitan Golf Association Player of the Year (1997, ‘99, 2000, ’01).

Herman and her husband, Ben, have two children, Jillian and Stacy. The couple currently resides in Palm Beach Gardens, Florida, where Sherry continues to play in USGA and Florida State Golf Association events.

The first American-born (and youngest-ever U.S. Open champion) was John J. McDermott, a 19-year-old head professional at Atlantic City Country Club when he won the Open in a playoff at Chicago Golf Club in 1911.

McDermott, representing ACCC in 1912, backed up his first U.S. Open Championship by winning again at the Country Club of Buffalo. That year, he was the first player to break par over 72 holes in the Open, finishing at two-under par 294 (par was 74). 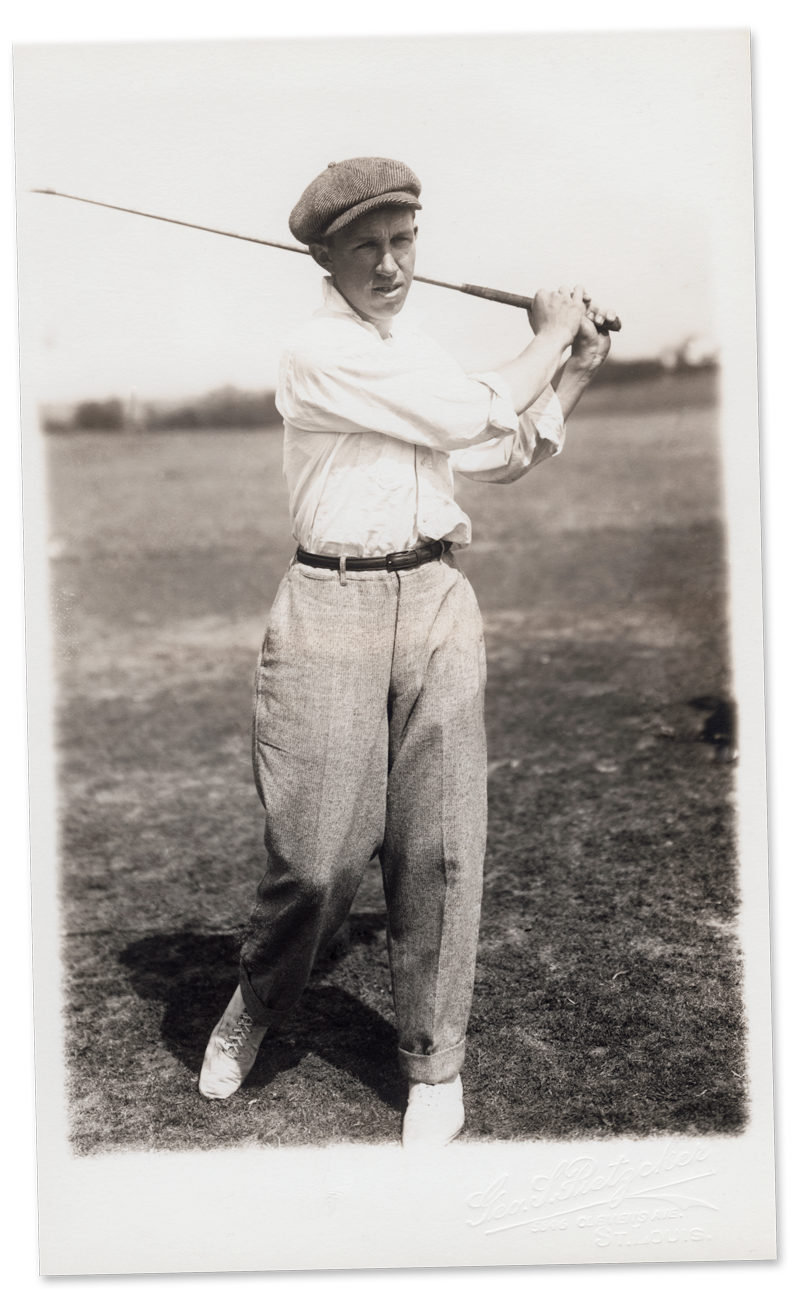 He is one of only seven men to have won back-to-back Opens. In the shortest career of any multiple U.S. Open champion, McDermott’s three-year Open record from 1910 through 1912 (two wins and a playoff loss) places McDermott in rarified air. Of the seven who have won back-to-back Opens, only Willie Anderson (with three consecutive wins), Bobby Jones, Ben Hogan and Brooks Koepka can touch McDermott’s record.

McDermott was a native of West Philadelphia, Pa., the son of a mailman. He was introduced to the game at age nine at his grandfather’s farm, just across the road from Aronimink Golf Club. His first professional job was as an assistant at Camden Country Club followed by another assistant’s job at Merchantville Golf Club. In 1909, he finished fourth in the Philadelphia Open and fourth in his first U.S. Open. In the 1910 U.S. Open at Philadelphia Cricket Club, McDermott was in a three-way playoff, eventually won by Scotland’s Alex Smith.

After winning the Philadelphia Open and garnering his second-place finish at the 1910 U.S. Open, McDermott replaced Bill Robinson as the head golf professional at ACCC in 1911.

He had completed his amazing run by the age of 21, which included an eighth-place finish in the 1913 U.S. Open. By 1916, just short of his 25th birthday, McDermott’s mother committed him to the State Hospital for the Insane in Norristown, Pa. Later, he would visit ACCC on occasion where he was the guest of owner Leo Fraser. His last public appearance was at the 1971 U.S. Open at Merion, shortly before he died at age 79, where he was greeted by many of the world’s greatest golfers.

His 1911 U.S. Open gold medal, given by the McDermott family to the ACCC, was donated by the Fraser family to the USGA Museum, where it remains on display.

The first player to win the NJSGA Amateur, Mid-Amateur and Senior Amateur, Allan Small of Fairmount flourished for decades as one of the top players in New Jersey.

His crowning achievement came in the 2004 NJSGA Amateur at Spring Brook, leading to NJSGA Player of the Year honors that season. That triumph was bookended by victories in 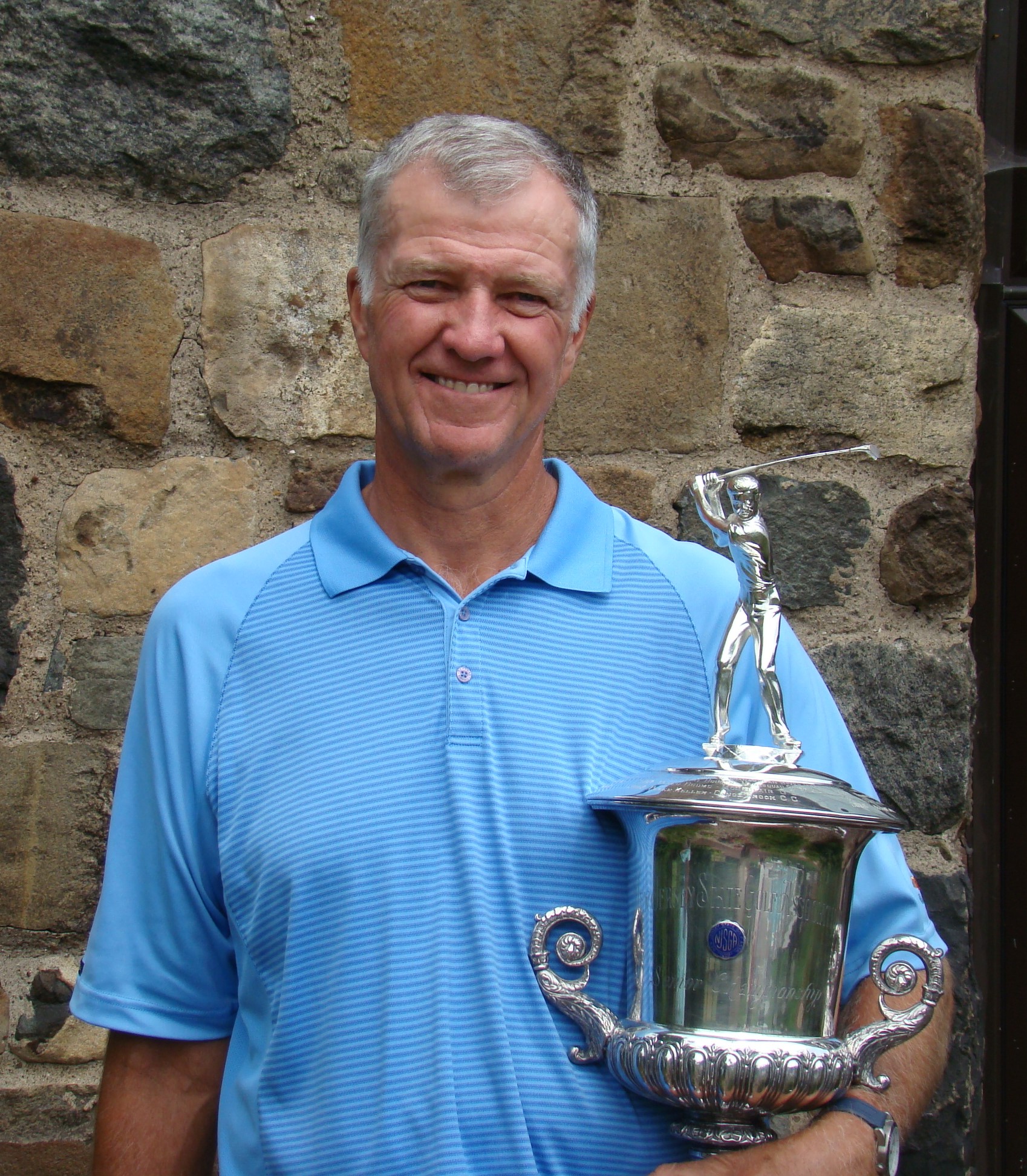 Besides his eight NJSGA titles, he added two MGA Senior Amateur championships (2009, 2017), and has been a dedicated member of the NJSGA Compher Cup and Stoddard Trophy teams, appearing a total of 56 times in those events. He has also represented New Jersey three times in the USGA Men’s State Team Championship.

The former longtime resident of Florham Park has been a member of Fairmount Country Club since 1981, where he has 30 different match and stroke play club championships to his credit.

An electrician by trade, Small’s love for golf knows no bounds. He has served as president of the MGA, as a long-time tournament and rules official, and was coach of the Seton Hall University men’s team from 1990-96.

Currently retired and living in Georgia, Small was named the Georgia State Golf Association’s Super Senior Player of the Year in 2018. He continues to play competitively in both Georgia and the New Jersey regions.

Information regarding ticket sales for the highly anticipated celebration will be announced shortly.