For Billy Ziobro, his golf journey has been a remarkable one. A self-taught public-course golfer who was slight of build, Ziobro dazzled in his youth, went on to make 60 cuts in PGA Tour events, and later reinvented himself as a highly successful PGA club professional and golf executive.

On May 1, Ziobro will be one of nine individuals inducted into the NJSGA Hall of Fame.

“It’s very gratifying because the New Jersey State Golf Association represents amateur golf. More amateurs play the game and promote the game than professionals. Being recognized by the NJSGA as an amateur champion is special to me,” said Ziobro, who is in the New Jersey PGA Section Hall of Fame and the Union Catholic High School Hall of Fame in Scotch Plains.

“What I’m most proud of was being able to win every championship on every level that I could enter at that time. Until I turned professional, I won everything that I possibly could. And winning the (NJSGA) State Open as an amateur against professionals was very special to me.”

When Ziobro won the NJSGA Open Championship in 1970, only one month after winning the NJSGA Amateur Championship, he became only the fifth amateur to win the Open. He also became just the second individual to win the Amateur and the Open in the same year, the first since NJSGA Hall of Famer Charles Whitehead who had done so in 1942.

Ziobro explained his beginnings: “My father, Michael, gave me a set of knock down clubs when I was eight years old. At the time, Scotch Plains was the country – all cornfields back then. For a kid who liked athletics, playing golf was the only thing I could do by myself.”

In 1965, the 5-foot-5, 125-pound Ziobro burst onto the local golf scene as a virtual unknown from Ash Brook Golf Course in Scotch Plains, winning the Union County and NJSIAA Central Jersey sectional scholastic championships as a 16-year-old. With Ash Brook located directly across the street from his home, Ziobro would test himself against older boys and he quickly realized success. He earned the nickname, “Billy the Kid”, and he continued to win. That summer, he won the New Jersey PGO (Public Golf Organization) Junior and the NJSGA Junior Championships.

The following year, he made it a triple, winning the 1966 NJPGO, NJSGA, and MGA Junior championships. Despite Union Catholic High School not having a golf team, he earned a golf scholarship to the University of Maryland.  In 1970, just after graduating from Maryland, Ziobro had one of the finest competitive seasons in NJSGA history when he won the Amateur Championship in June and the Open Championship in July.

Ziobro turned professional for the 1971 season, and he continued to improve – and impress. He attributes his continued growth to a steady short game, and his blossoming strength off the tee. “They tell me I was good around the greens. I was small, and couldn’t hit the ball as far as a lot of older fellows. There were a lot of par fours I couldn’t reach, so getting the ball up and down was paramount. As I grew older, I could hit the ball farther, but the short game always remained with me,” he said.

In the Spring of 1971, Ziobro played in his first professional event, the Dodge Open

at Rockaway River Country Club in Denville, which he won. He presented his prize, a battleship-gray Dodge Charger, to his mother, Anne, who was attending her first golf event.

That fall, he attended the PGA Q-School – and later that year, he was playing against PGA Tour professionals. In November, he finished fifth in his first event, the Azalea Open in Wilmington, North Carolina. The progress continued, when four months later, Ziobro bogeyed the last hole in the Greater New Orleans Open and lost to Gary Player by two shots.

Ziobro’s early success on Tour made his New Jersey peers proud. “I always looked up to Billy. Like myself, he was a public-course linkster. I loved those guys who were self-taught, hitting balls off old gravel pits and things like that,” said NJSGA Hall of Famer Bob Housen, who won six NJSGA Amateur Championships. “I loved Billy’s style of play. He was aggressive and a phenomenal putter with his old Iron Master putter. Later, he became a great club pro, sending many assistants onto head jobs,” Housen added.

Mike Preston, who retired in 2014 after 31 years as Head Professional at Echo Lake Country Club in Westfield, spent one year as an assistant to Ziobro at Salem Country Club in 1983. The two had met in the early 1980s when they worked at nearby courses and would often play nine holes after work.  “As a young player, I’d see Billy’s name all the time. He was a great player. It was hard not to respect his game. He wasn’t afraid – nor was he intimidated – by anybody, that’s for sure.”

Ziobro later hired Preston at Salem Country Club. “After playing mini-tours and traveling overseas, I finally realized if I was going to make a living in golf, it would be as a club professional. I was 28 when I went to work with Billy in 1983. I learned a tremendous amount about the game – and the business of golf. Billy was an underrated businessman, because people saw him as a great player. But, he knew the business.”

“I learned everything I could. He was a good manager who knew how to handle his staff. He always hired good people. His advice was to hire someone who’s better than you because they’ll only make you look better and make the operation go smoother.” Preston concluded the season at Salem and began a 31 year stint as Head Professional at Echo Lake in 1984.

Another close friend of Ziobro is longtime New Jersey PGA Professional, Russ Helwig, who retired in 2014 after 40 years as Head Professional at Essex Fells Country Club. Helwig grew up as a

public links player like Ziobro, playing out of Bloomfield’s Broadacres Golf Course. “We were the same age, playing in a NJPGO Junior Championship at Ash Brook, his home course, and I had him 3 down after nine. He stepped it up to another speed and I didn’t handle it.”

The close relationship between Ziobro and Helwig grew from their early experiences playing in those NJPGO events. “Billy’s a good friend; he never forgot where he came from. He’s a serious competitor, but not serious where he would take the fun out of the game.”

Helwig enjoyed and respected Ziobro’s success. “He clearly showed Babe Lichardus and Bobby Shields, the veteran pros at that time, that he was a dominant player. If he stayed in New Jersey and not gone on tour, he would have his name all over those trophies. When he went on Tour, Billy made us all proud, showing us that it could be done, a great player coming from New Jersey.”

During the 1970s, Ziobro competed on The Second Tour, the predecessor of the Web.com Tour, and won four times. He won the New Jersey PGA Section Championship in 1976 while playing out of the now defunct Tammy Brook C.C. in Cresskill.

In 1977, Ziobro left the Tour for good, and became the Head Professional at Beaver Brook Country Club in Annandale, New Jersey. “It was a nice career. I made 60 cuts over five years, but I was still too small to compete – and the traveling was tough,” Ziobro said.

Ziobro returned to the Garden State in 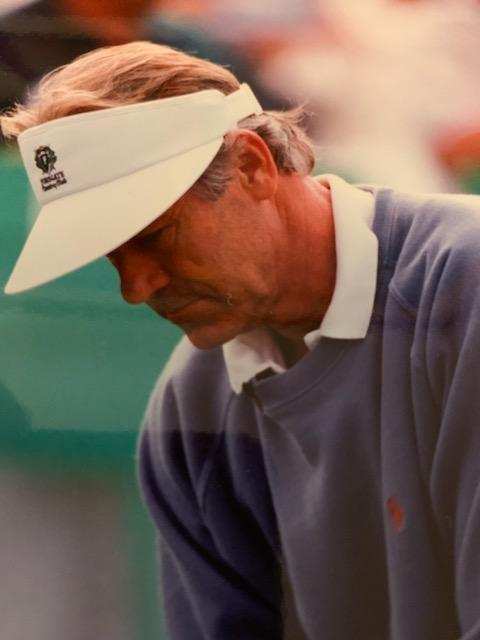 1992 as the Head Professional at Forsgate Country Club in Monroe. Each year, the club would host the Forsgate Foundation Invitational, attracting golf superstars like Arnold Palmer, Tom Watson, Lanny Wadkins, Lee Trevino, Hale Irwin, Nancy Lopez and Michelle McGann – among others – attracting up to 8,000 spectators.

In 1998, he was hired by Caesars Entertainment to manage and oversee the company’s properties in Atlantic City, Las Vegas, Biloxi, Memphis and Louisville. His vision helped restore the Atlantic City Country Club to its former glory.

“I was very fortunate to have such a great career in golf. I really learned to play on my own. I had to make opportunities for myself, including being a caddie to earn enough money to enter tournaments,” said Ziobro, who retired at age 57 and lives in Palm Beach Gardens, Florida, where he still competes and wins various Super-Senior events.

“Winning all three junior championships, two of them back-to-back, the State Amateur and the State Open, the Dodge Open and the State PGA – all in New Jersey - are things that are really special to me.”

Ziobro is also proud of the fact that he mentored 32 assistants who became head professionals. In 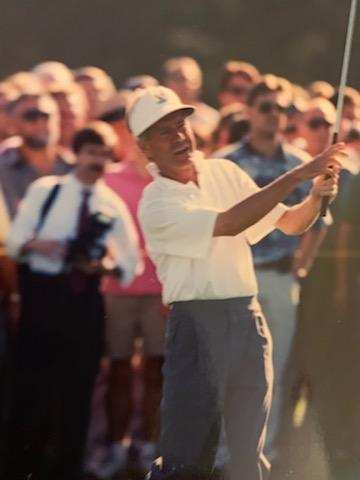 Seemingly, everyone has a Billy Ziobro story, remembers his contribution to their career, or simply wants to talk about time spent with the affable gentleman. From his time as a young golfer, when “Billy the Kid” dominated the junior circuit – and his rise to success as an amateur, tour professional, club professional, and executive, Ziobro established a legacy of friendship and mentorship to many.