For Dorothy Germain Porter of Riverton Country Club, one of nine inductees into the NJSGA Hall of Fame Class of 2019, it was always family first – with golf a close second. As Dorothy “Dot” Porter’s amateur golf career was blossoming in the late 1940s and early 1950s, she and husband Mark were raising three children – Nancy, Mark Jr., and Donna. All enjoyed sports, and it was truly a “golf” family. They joined Riverton Country Club in Cinnaminson, New Jersey in 1951 where Mark, Sr., Dot, and Nancy would all win club championships.

Born in 1924, Porter was a standout athlete and field hockey player in her early teenage years before learning and quickly excelling at golf. Her first appearance in the U.S. Women’s Amateur Championship was in 1941 at age 17 which began a sensational career that included five USGA championships, two Curtis Cups, a bevy of 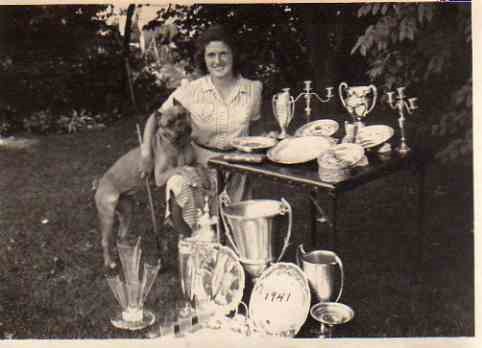 Pennsylvania and Philadelphia-area titles, as well a 1964 victory in the NJSGA Women’s Amateur championship. She played at an expert level into her late 60s.

“To me she was ‘mom’ – but I’ll always remember when my father told me she was the best in the country. She attended all of our basketball games and baseball games. We always ate dinner together. She was very supportive and enthusiastic. She enjoyed being a part of our lives,” her son, Mark Jr., said.

Dot Porter’s career as a top amateur was also a lifestyle and passion for the family. “Much of it was my father - he was a level-headed guy who knew golf was important to her,” said her son, Mark Porter, Jr. Mark, Sr., and Dot married in 1946. “Dad knew her game. They really worked well together, and he really enjoyed her participating.” When Dot would travel for USGA events, Mark Sr., a Regional Manager for Pitney Bowes, would remain close to their Haddon Township home and oversee the family along with a babysitter.

Porter was at the peak of her career when the 1949 U.S. Women’s Amateur was held at Merion Golf Club in Ardmore, Pennsylvania – just outside of Philadelphia. Two months 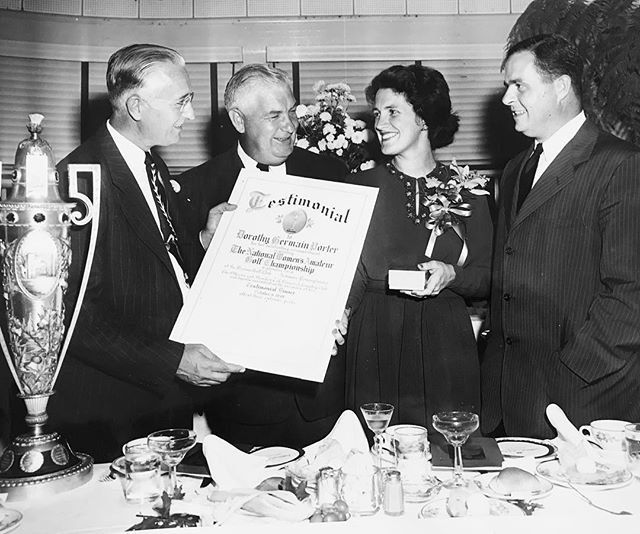 pregnant and with a one-year-old at home, Porter was the first mother since Glenna Collett Vare (in 1935) to win the U.S. Women’s Amateur Championship when she defeated Dorothy Kielty, 3 & 1 in the final match. Her accomplishments were of greater significance because her family responsibilities limited her practice time. "I preferred being married and having children and all that," she said when interviewed by the Philadelphia Inquirer. "I felt very complete, no trouble. I'm glad to this day that was my choice."

The 1949 U.S. Women’s Amateur Championship would be one of five USGA titles; she won the USGA Senior Women’s Amateur in 1977, ’80, ’81 (at Spring Lake Golf Club in Spring Lake, NJ) and ’83.Her five USGA titles place her in a tie for sixth on the all-time list with NJSGA Hall of Famer Carolyn Cudone, Juli Inkster and Mickey Wright. Ahead of her are JoAnne Gunderson Carner, who won eight, Anne Quast Sander and Carol Semple Thompson (seven), and Hollis Stacy and Glenna Collett Vare,(six). 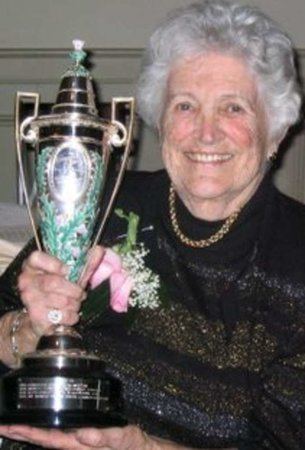 Her first Philadelphia Women’s Amateur title was in 1946 and her last was in 1992 at age 68 which made her a champion in six decades. At Riverton Country Club, she was club champion 12 times and set the women’s course record of 69 in August, 1964.

A LEGACY OF LEADERSHIP AND KINDNESS

It was also well-known that Porter’s pleasant demeanor and endearing personality were at least equal to her game. When she defeated Mickey Wright (a junior golfer at the time) in the 1951 Women’s Western Amateur, it was a match Wright would never forget. “(Dot) took the time to be nice, took the time to talk and always had a smile on her face whether she won or lost the hole, or hit a good or bad shot. It was very special, and I tried to pattern my life as a golfer after the way she treated me that day.”

“Mom enjoyed the people she played with. She obviously enjoyed winning, but she also enjoyed just being out there. She enjoyed playing locally, and also competing on a national basis,” Mark Jr. said.

As a twelve-year member of the USGA Women’s Committee, she was well-known for her charm as a public speaker and her sportsmanship as a competitor. This, along with her vast experience as a world-class amateur, made her a vital part of the leadership of women’s golf.

In 1966, Porter returned to the Curtis Cup as the non-playing captain of the U.S. team that prevailed, 13 to 5. In 1984, she captained the successful U.S. team in the Women’s World Amateur Team Championship in Hong Kong, as the U.S. edged France by two strokes. Porter enjoyed the coaching and the creation of matchups, and often was a mentor to those on the teams.

Before Dot Porter’s passing in 2012 at the age of 88, she was quoted as saying, “Oh yes. I figure I was fortunate to do so well. I can’t imagine that I should have gotten more, from life or from the game.” Lasting words from a great competitor and mother who gave much to the game, and more to her family.