KENILWORTH, N.J. - To this day, you can still find Ed Whitman competing alongside the area’s top players, on the lesson tee, or playing with friends at Knickerbocker Country Club, where he spent most of his professional career.

Whitman has played in the most consecutive NJSGA Opens (47, 1975-present) and has made the most consecutive cuts (36, 1980-2015) in NJSGA history. Whitman’s record in the NJSGA Open Championship is virtually unparalleled. He carded the lowest score (17-under-par, 267, 1991 at Rock Spring Club), and ﬁ red four rounds in the 60s (1991 at Rock Spring). He is one of only three players to win the NJSGA Open four times; fellow Hall of Fame member Babe Lichardus and 2022 inductee David Glenz are the other two to accomplish the feat.

Whitman went head-to-head with Glenz throughout most of his prime. The pair traded Open victories for several years and rather than being foes, the two were close friends.

“I think he’s (David) the premier player through our generation because of what he brought to the table,” said Whitman. “He was the most consistent player all the time. He was really an exceptional golfer.”

Whitman and Glenz have echoed one another’s sentiments.

“Ed and I had a lot of back and forth battles,” said Glenz. “We were very much contemporaries. Ed is a terrific player with a great record - and as Hogan said, has built his game by finding it in the dirt. A lot of early mornings and a lot of practice.”

The modest Whitman has quite the resume himself and is regarded as one of the most successful club professionals in New Jersey. He’s compiled a whopping 225 professional wins and collected an impressive 20 major professionavictories in the Garden State.

The victories were impressive, but to Whitman, his time as a teaching professional has been the most rewarding part of his career.

“Golf professionals do a lot behind the scenes and I’m in the Hall of Fame for playing, but you do so much as a golf pro. You touch so many people’s lives, which is what I’m most proud of.” 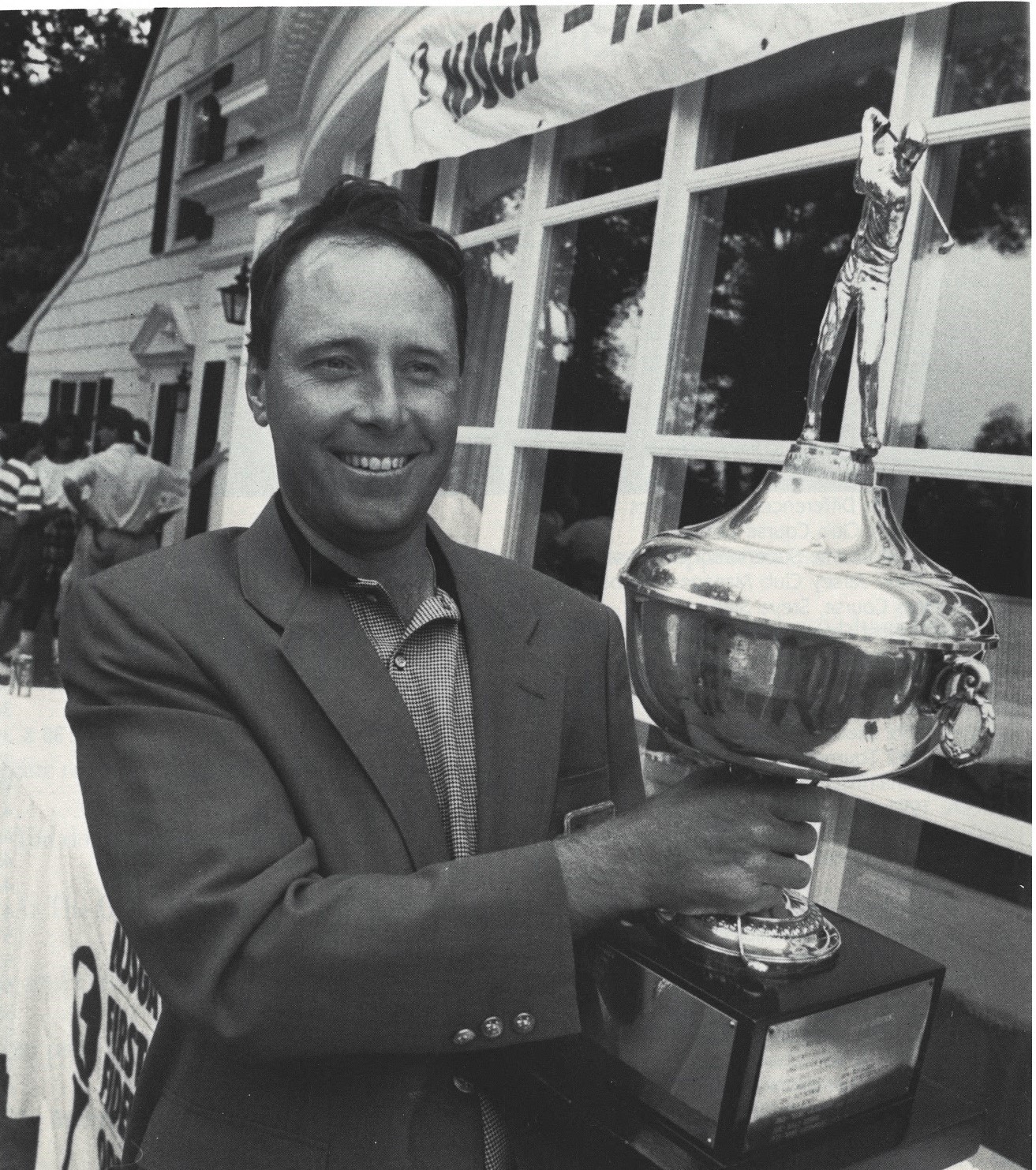 “I love the fact that Knickerbocker allows me to keep teaching and I was made an honorary member as well, which was really touching to me,” said Whitman. “It’s just fun to be around the club that I spent my career at. I have a lot of friends there and they have become very close personal friends and I do enjoy teaching because it gets me out of the house and it’s still a lot of fun.”

It’s been over two decades since Whitman won an Open title, and although he may not be in contention like he used to be throughout much of the 1980s and 90s, Whitman continues to compete, and does so all while teaching full-time.

“I play still, but not like I once did, said Whitman. “That just speaks to golf as a whole because you can play it your entire life. That should attract more and more people to the game.”