KENILWORTH, N.J. - It’s not very often mentors and mentees get inducted into the same Hall of Fame class. For Karen Noble, she was in awe when she found out she earned a spot in the 2022 NJSGA Hall of Fame, but when she discovered she would be inducted alongside her longtime mentor David Glenz, it meant so much more.

“It’s surreal, said Noble. “When Mike McFadden called me and told me I was being inducted, I told him that he made me speechless, which is hard to do and gave me goosebumps at the same time.”

As a young amateur female golfer, Noble made waves on the local scene, and it didn’t take long for her to see success on the national stage.

“I won the State Amateur the week before flying out to the U.S. Women’s Am, but that was really the moment where I thought, ‘wow, if I have success in New Jersey and New York and I’m able to take it on a national level and have success, then maybe there’s something here that I should keep pursuing and working towards.”

She did just that. Noble took her game to new heights. In 1988, she finished as runner-up in the U.S. Women’s Amateur, marking a pivotal point in her competitive career. As a matter of fact, her success in the major championship was something that has remained such a vivid memory.

“At one point when I was in the final eight, I turned to my dad and talked about the leaderboard and seeing my name up there with all these great golfers, it was just mind blowing to us,” Noble recalled. “I still remember some of the matches and the people that I had to play against like Carol Semple-Thompson, Anne Sander, like legends of the game.”

Her accomplishments remained steady. Noble earned spots on the Curtis Cup and World Amateur teams, solidifying her name among the greatest female amateur golfers of her era. To put the icing on the cake, the 1990 Curtis Cup was competed at Somerset Hills Golf Club, a Garden State gem.

“Somerset Hills is one of my favorite courses in the country,” said Noble. “To be able to represent New Jersey in a Curtis Cup match in my backyard, that was one of the happiest phone calls I ever received when they named me to that team.”

Noble helped lead the United States to a victory over Great Britain and Ireland, 14-4 in the Curtis Cup. The following year, Noble had another standout performance in the U.S. Women’s Amateur, which was hosted by New Jersey’s own Canoe Brook Country Club. She fell in the semi-finals of match play, but her outstanding play was enough to land her a spot on the World Cup team, competing alongside the top three amateurs in the U.S.

Throughout her entire career, Glenz and his wife, Pat helped Noble grow as a golfer. Noble, who played out of Morris County Golf Club growing up met the Glenz’s when Dave was head professional at the club.

“He had a bunch of junior golfers at Morris County, so we always had kids to go out there and play with,” said Noble. “Morris County was always very supportive of junior golf and I jokingly say that I spent as much time with David and Pat as I did with my own parents because I was with them so much straight through the LPGA Tour.”

Following her success as an amateur, Noble went on to qualify for the LPGA Tour in her first attempt in 1992. Her stint on the tour spanned from 1992-99 with her best finish coming in her rookie season, earning a runner-up finish at the LPGA Championship. 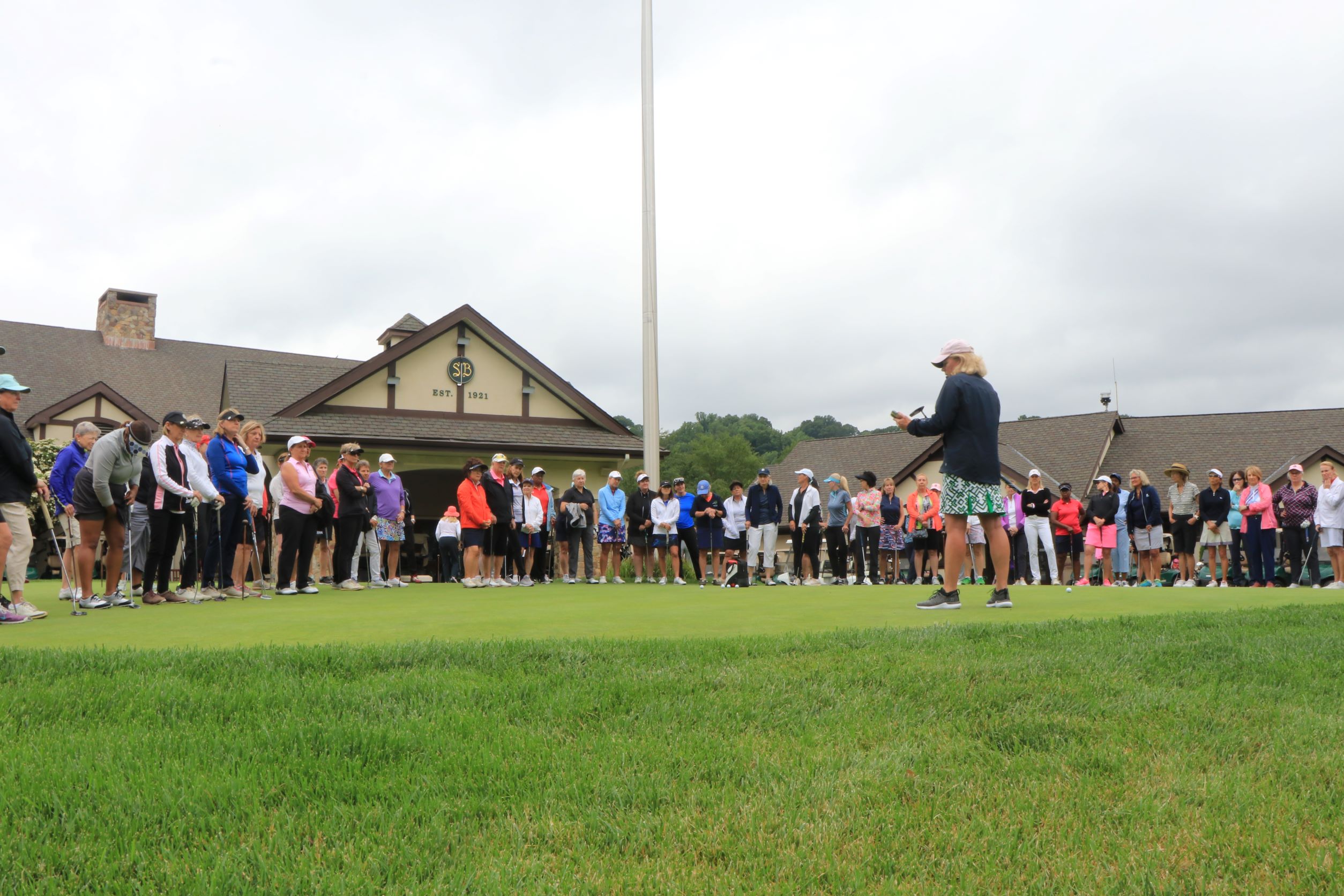 “My experience on the LPGA Tour was amazing and I like to say I lived my retirement in my 20s and early 30s because I was traveling the world and playing golf,” Noble expressed. “Towards the end, I was struggling with my confidence and my game so when I decided to retire from the Tour, it was because I started to hate the game and I didn’t want to hate the game that had given me so much.”

It wouldn’t be long before Noble found herself immersed in golf once again. After a short stint working for ESPN, Noble accepted a teaching position at Sunningdale Country Club in New York. She later went on to teach at Hamilton Farm Golf Club and eventually landed at Fairmount Country Club as Director of Instruction. The rest is history.

“Now 21 years later, I love teaching, I love my students and I teach all ages and abilities. For me, it’s paying it forward, similar to what David did for me and I want to share my same passion to my students.”

Tickets and full details for the May 4 induction will be available on March 1.