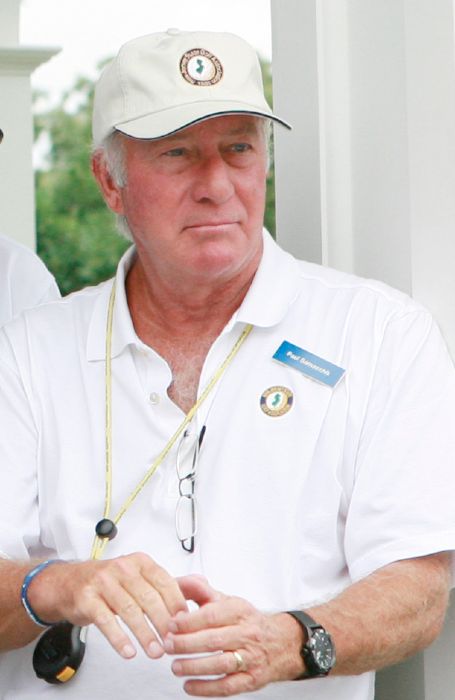 Paul Samanchik, a longtime member of North Jersey Country Club and a New Jersey State Golf Association volunteer, passed away suddenly on Wednesday, November 21, at his home in Naples, Florida.

A decorated golfer, colorful personality, and gentleman, Paul was a member of North Jersey Country Club for over sixty years and was the longest serving member of the NJSGA Tournament Committee, dating back to the early 1980s. In addition, Paul worked tirelessly through his fundraising efforts on behalf of the NJSGA Caddie Scholarship Foundation in his role as North Jersey Country Club’s foundation representative.

Paul was a highly accomplished golfer who claimed numerous championship titles and competed at a high level for decades. In 1964, he became the youngest club champion of the North Jersey Country Club at age 16, before going on to win a total of twelve club championships. Also, in 1964 (and again in 1968), he won the NJSGA Father and Son Championship with his father, William. Paul would later repeat this accomplishment, as he again won the NJSGA Father and Son Championship in consecutive years (1993 and 1994) with his late son, Scott. Paul was also the 1965 Metropolitan Golf Association Junior Champion, before playing collegiately at the University of Virginia.

As a volunteer, Paul served countless hours over the course of four decades and was the longest tenured member of the NJSGA Tournament Committee. Often one of the first to arrive and last to leave an event, Paul had a genuinely warm and affable rapport with other volunteers, tournament players, host club members and staff. His longstanding presence on the New Jersey golf scene led to countless friendships and relationships; all of which were tremendous reflections on North Jersey Country Club, the NJSGA, and his family.

Paul was predeceased in 1997 by his son, Scott, and is survived by his wife Carolyn.